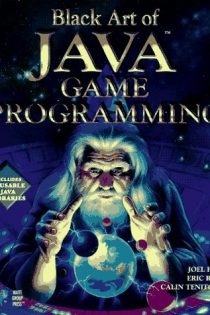 I was given this book by a friend, who received it from a friend, who received it from a friend. Now I'm going to give it away too, because it's useless. We are all professional programmers and two of the friends who have owned this book are now professional game programmers (using C++). We were hoping that this book would prove java to be a great way to code games for other platforms, but it doesnt even come close. If anything it's proved that java is not a game programming option.The book itself is a good intro to java programming, but the game examples are just too basic...so basic that you dont even want to look at them. I have a stack of commodore 64 game programming books with arcade games written in line basic that would put this book to shame... with only 32k of memory. Dont even get me started on the speed. The best game in the book is "javaroids" but it's choppy on my p3-500 with 512mb of ram. It doesnt matter though because it would be a challenge to want to play it for more than 10 seconds,especially in a 200x300 window, and I *love* asteroids and classic arcade games. How sad. Whats java good for? Moving data around between servers... but not games. If this book is offered to you for free, think hard about it but then decline.