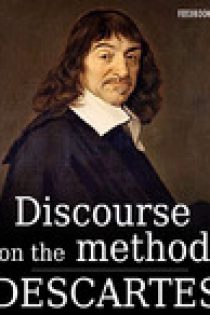 Discourse on the Method – René Descartes

The Discourse on the Method is a philosophical and mathematical treatise published by René Descartes in 1637. Its full name …

The Discourse on the Method is a philosophical and mathematical treatise published by René Descartes in 1637. Its full name is Discourse on the Method of Rightly Conducting the Reason, and Searching for Truth in the Sciences (French title: Discours de la méthode pour bien conduire sa raison, et chercher la verité dans les sciences). The Discourse on Method is best known as the source of the famous quotation "Je pense, donc je suis" ("I think, therefore I am"), which occurs in Part IV of the work. (The similar statement in Latin, Cogito ergo sum, is found in §7 of Principles of Philosophy.) In addition, in one of its appendices, La Géométrie, is contained Descartes' first introduction of the Cartesian coordinate system. The Discourse on the Method is one of the most influential works in the history of modern science. It is a method which gives a solid platform from which all modern natural sciences could evolve. In this work, Descartes tackles the problem of skepticism which had been revived from the ancients such as Sextus Empiricus by authors such as Al-Ghazali and Michel de Montaigne. Descartes modified it to account for a truth that he found to be incontrovertible. Descartes started his line of reasoning by doubting everything, so as to assess the world from a fresh perspective, clear of any preconceived notions. The book was originally published in Leiden in French, together with his works "Dioptrique, Météores et Géométrie". Later, it was translated into Latin and published in 1656 in Amsterdam. Together with Meditations on First Philosophy (Meditationes de Prima Philosophia), Principles of Philosophy (Principia philosophiae) and Rules for the Direction of the Mind (Regulae ad directionem ingenii), it forms the base of the Epistemology known as Cartesianism.

Related Books to : Discourse on the Method – René Descartes

LEGAL NOTICE: The following PDFs files has been found on the Web. They are NOT HOSTED on our Servers. They are hosted on www.logic.ifil.uz.zgora.pl, web.stanford.edu, laulima.hawaii.edu, grattoncourses.files.wordpress.com, www.jamieyorkpress.com.
Contact their sites if you have any question about their content.

Discourse on Method. (1637) by René Descartes. (Part Six). It is now three years since I reached the end of the treatise that contains all these things.
https://web.stanford.edu/~jsabol/certainty/readings/Descartes_DM6_english.pdf

16 Ren6 Descartes previous knowledge, opinions, and customs. In addition, before accepting re- placements, he worked out four steps of inquiry considered to be the true method; these were to be an unfailing safeguard against any and all errors that might otherwise impede his discovery of truth.
https://laulima.hawaii.edu/access/content/user/ppatters/scanned%20primaries/Descarte%20Discourse%20on%20Method%20img_0005.pdf

Discourse on Method and Meditations on First Philosophy

Excerpts from René Descartes'. Discourse on the Method of Rightly Conducting One's Reason and Searching for the Truth in the Sciences. Editor's Note: The...
https://www.jamieyorkpress.com/wp-content/uploads/bsk-pdf-manager/2017/03/Descartes-Method-excerpts.pdf