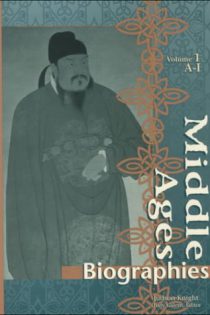 The Middle Ages was an era of great changes in civilization, a transition between ancient times and the modern world. …

The Middle Ages was an era of great changes in civilization, a transition between ancient times and the modern world. Lasting roughly from A.D. 500 to 1500, the period saw the growth of the Roman Catholic Church in Western Europe and the spread of the Islamic faith in the Middle East. Around the world, empires-the Byzantine, Mongol, and Incan-rose and fell, and the first nation-states emerged in France, England, and Spain. Despite the beauty of illuminated manuscripts, soaring Gothic cathedrals, and the literary classics of Augustine and Dante, Europe's civilization lagged far behind that of the technologically advanced, administratively organized, and economically wealthy realms of the Arab world, West Africa, India, and China.

LEGAL NOTICE: The following PDFs files has been found on the Web. They are NOT HOSTED on our Servers. They are hosted on ufar.ff.cuni.cz, www.cityofcalabasas.com, www.medievalworlds.net, tspace.library.utoronto.ca.
Contact their sites if you have any question about their content.

LIFE AND BIOGRAPHY IN THE MIDDLE AGES

Sixth-Century Collected Biographies from Gregory of Tours to