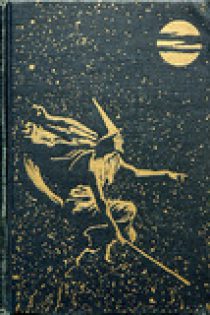 By Andrew Lang (Author)
In Fantasy

Andrew Lang's Fairy Books or Andrew Lang's "Coloured" Fairy Books constitute a twelve-book series of fairy tale collections. Although Andrew Lang did not collect the stories himself from the oral tradition, the extent of his sources, who had collected them originally (with the notable exception of Madame d'Aulnoy), made them an immensely influential collection, especially as he used foreign-language sources, giving many of these tales their first appearance in English. As acknowledged in the prefaces, although Lang himself made most of the selections, his wife and other translators did a large portion of the translating and telling of the actual stories. The Blue Fairy Book assembled a wide range of tales, with seven from the Brothers Grimm, five from Madame d'Aulnoy, three from the Arabian Nights, and four Norse stories, among other sources. (wikipedia)

LEGAL NOTICE: The following PDFs files has been found on the Web. They are NOT HOSTED on our Servers. They are hosted on www.arvindguptatoys.com, muep.mau.se, www.electricscotland.com, torays-news-en.tales-ch.jp.
Contact their sites if you have any question about their content.

THE BRONZE RING. PRINCE HYACINTH AND THE DEAR LITTLE PRINCESS. EAST OF THE SUN AND WEST OF THE MOON. THE YELLOW DWARF.
http://www.arvindguptatoys.com/arvindgupta/blue-fairy-book.pdf

When Lang published The Blue Fairy Book, a single-author or national focus would have been just as natural as the rainbow mix that he comes up with. After all, Lang himself wrote scholarly introductions to Perrault and the Brothers Grimm and many others.
https://muep.mau.se/bitstream/handle/2043/8228/Lang%20present.pdf

The Blue Fairy Book, the first of twelve in Andrew Lang s Coloured Fairy Book series, was originally published in 1889. This edition contains all 37 of the original...
http://torays-news-en.tales-ch.jp/b16q/28-roberta-ratke/the-the-blue-fairy-book-paperback-cvGahM4gEuB.pdf