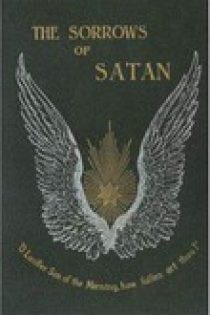 The Sorrows of Satan – Marie Corelli

By Marie Corelli (Author)
In Fantasy

The Sorrows of Satan is an 1895 faustian novel by Marie Corelli. It is widely regarded as one of the …

The Sorrows of Satan is an 1895 faustian novel by Marie Corelli. It is widely regarded as one of the world's first bestsellers, partly due to an upheaval in the system British libraries used to purchase their books and partly due to its popular appeal. Roundly condemned by critics for Corelli's moralistic and prosaic style it nonetheless had strong supporters in Oscar Wilde and various members of royalty. Widely ignored in literary circles, it is increasingly regarded as an influential fin de siècle text. The book is occasionally subtitled "Or the Strange Experience of one Geoffrey Tempest, Millionaire".

Related Books to : The Sorrows of Satan – Marie Corelli

LEGAL NOTICE: The following PDFs files has been found on the Web. They are NOT HOSTED on our Servers. They are hosted on fau.digital.flvc.org, web-proxy.io.
Contact their sites if you have any question about their content.

“novel of degeneration,” then Marie Corelli stands firmly in the former tradition. The protagonists of A Romance and Geoffrey Tempest of The Sorrows of Satan...
http://fau.digital.flvc.org/islandora/object/fau%3A3655/datastream/OBJ/view/Marie_Corelli.pdf

Chapter I “Satan in Victorian Literature: Marie Corelli's The Sorrows of Satan” presents the key traits of other images of the Devil, provides a description of...
https://web-proxy.io/proxy/dspace.ut.ee/bitstream/handle/10062/62390/ivanova_jelizaveta_bak.pdf?sequence=1&isAllowed=y