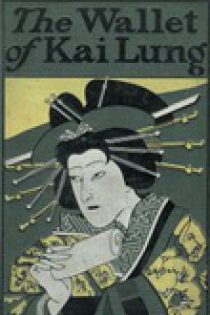 The Wallet of Kai Lung is a collection of fantasy stories by Ernest Bramah, all but the last of which …

The Wallet of Kai Lung is a collection of fantasy stories by Ernest Bramah, all but the last of which feature Kai Lung, an itinerant story-teller of ancient China. It was first published in hardcover in London by Grant Richards in 1900, and there have been numerous editions since. Its initial tale, The Transmutation of Ling, was also issued by the same publisher as a separate chapbook in 1911. The collection's importance in the history of fantasy literature was recognized by the anthologization of two of its tales in the celebrated Ballantine Adult Fantasy Series, edited by Lin Carter and published by Ballantine Books; "The Vision of Yin" in Discoveries in Fantasy (March, 1972), and "The Transmutation of Ling" in Great Short Novels of Adult Fantasy Volume II (March, 1973). Although the collection is presented in the fashion of a novel, with each of its component stories designated chapters, there is no overall plot aside from each of the first eight tales being presented as narratives told by Kai Lung at various points in his itinerant career. The final tale is represented as being from a manuscript left by its own separate first-person narrator, Kin Yen.